We had a great experience with Ecotec; it was fabulous that Su could open the Showroom on a Saturday for us… we are really happy with our Rationel!

We bought our property in May 2017 and completed the bid at the end of September. It took us a good year to decide what we were going to do, and to find an architect. The build didn’t start until February 2019, and it was going quite well until lockdown! We knew what we were in for because we’ve done similar projects before.

We weren’t sure what exactly we were looking for when it came to our windows – It ended up being a bit of an interactive process with Ecotec; we knew we wanted Rationel, because we’d used them before. At first, we wanted bespoke sashes, until we got an idea of how much they would cost. The main thing was to maximise the amount of light – have the glazing as large as possible and the bars as small as possible, to look in keeping with the traditional style. From the outside they look like the original sashes, it’s only when you open them as casements that you notice the difference; and to be honest where we are you don’t open them very often! We managed to make a good compromise, really; it ties in really well with the traditional windows.

Originally, we weren’t going to have aluminium clad, either; I felt it had to be wood because that was what was authentic. It was only when I got to the showroom and made a mistake trying to guess which was which that we realised we might as well go for it.

We had a great experience with Ecotec; it was fabulous that Su could open the Showroom on a Saturday for us, because I believe you do need to see them; and we will probably come back to see whether we might do a completely different style for the outbuilding, which we’re hoping to turn into a sunroom or maybe an artist’s studio. But the experience was great, a lot of handholding, which we really appreciated. And Neil, the installer, was brilliant and so strong! We had a team of builders who couldn’t lift the windows, but he was incredible.

We are really happy with our Rationel. Neil’s agreed to come and adjust one of our doors in our house in Pately that’s started to get a little stiff, but I think it’s really important for people to know that: I thought that it was just because they’ve been in for a good 10 years now, but he’s said the door can just be adjusted by tightening a screw or two and they’ll be like new again. 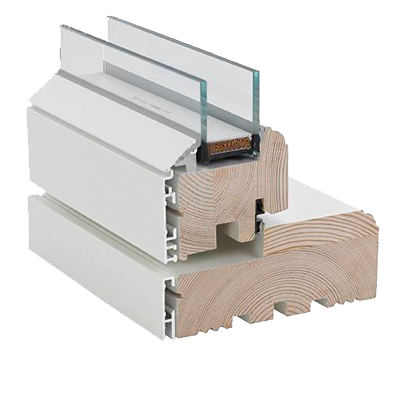 
Our Showroom is open by appointment only, so we can give you an individually tailored viewing experience. Call 01226 885019 to arrange a time to suit you, even if this is outside normal office hours or at a weekend.